SCENT DETECTION - To learn more about Scent Detection, the Canadian Kennel Club has an outline on their site, click here. 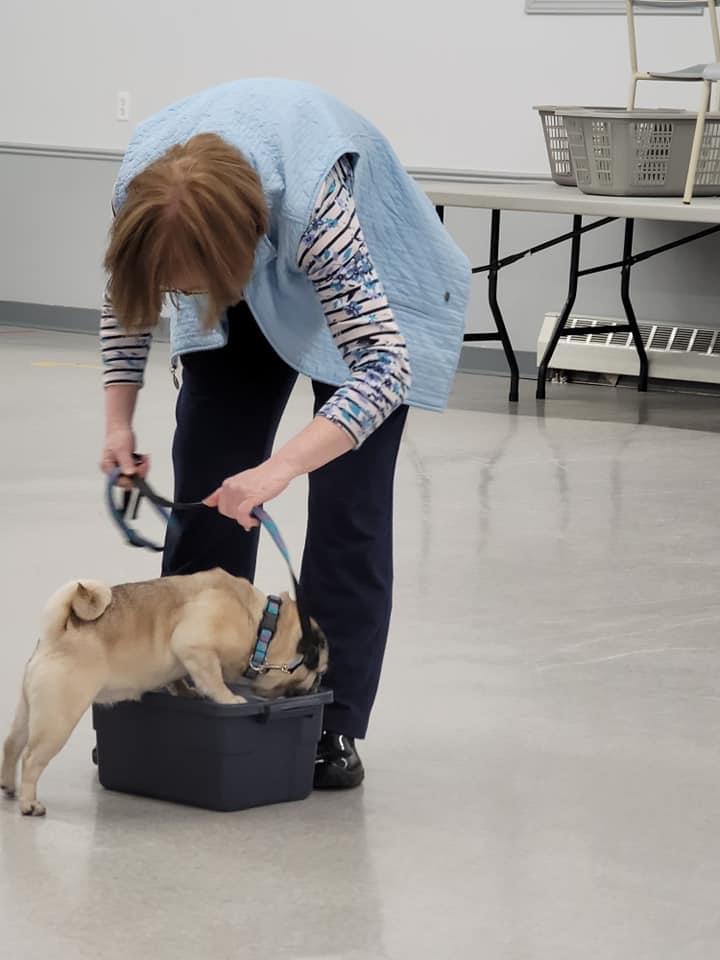 Cheryl Paytner and her Pug Cali are taking scent detection classes with Doug & Cathy Teeft.  These pictures are from second nights class. "Cali has been labelled as the class clown.  She discovered she has to put her front feet in to reach the treat."

Cali came from a litter of 6 in 2013. All out of her  litter mates were destined to be show dogs all over the world.  The breeder (in California) said to me “ you want her ?  She is like the energizer bunny”?  I told her I was up for the challenge.  My first pug was “hell on wheels”.

Last fall Cali earned her “Novice Trick Dog”. This winter we were looking for something FUN to try...Scent Detection was suggested...we are having FUN.       Photo credit: Cathy Teeft 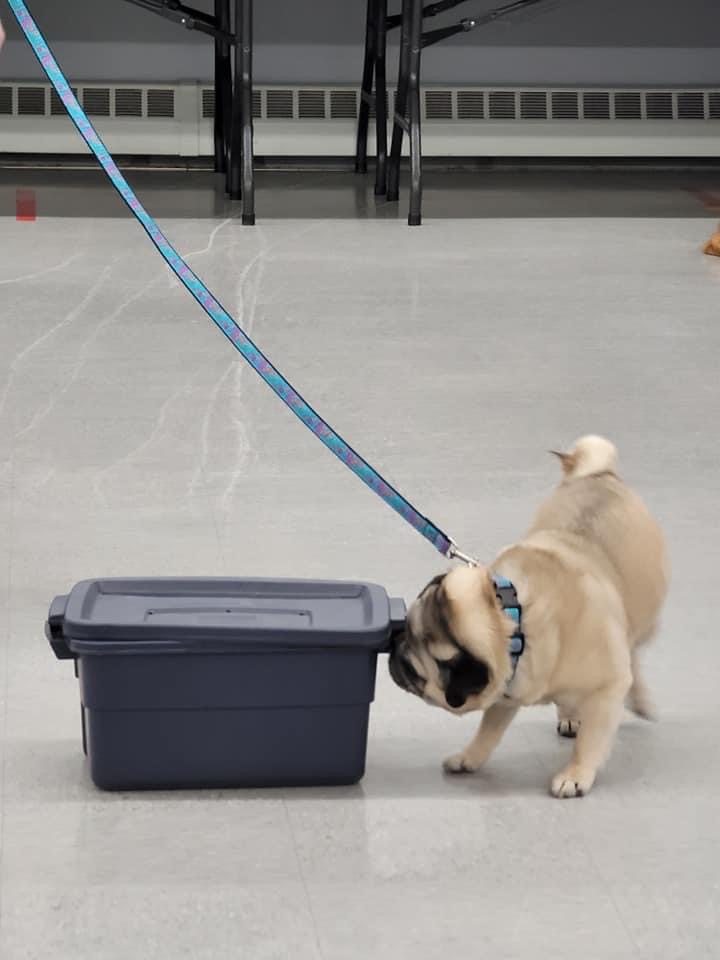 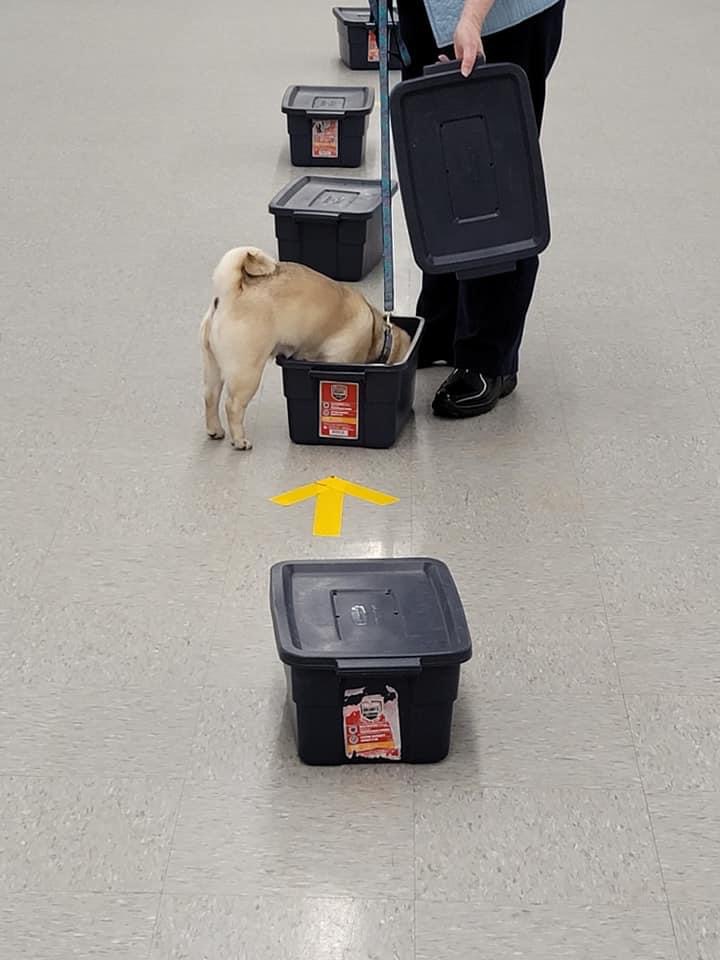 TRICK DOG TRAINING - To learn more about  Do More With Your Dog®, the C.K.C. has an outline on their site, click here.